While I was Out 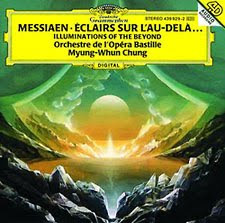 The reason the brass never sounded better is you got a chance to hear them without the rest of the orchestra on a couple of the movements. Disney Hall is odd that way - there is a hierarchy to what projects to the audience. When everyone is playing, you hear the strings. When the strings aren't playing, you're more apt to hear the winds. After that come the brass, who are often working their tails off for naught. The only time you get to hear the actual timbre of the winds or brass is when the orchestration thins out. The radio broadcasts reflect this "balance" as well.

This isn't so much the case on stage, as the brass and winds are often told to back off by conductors - from the podium, they are present, but something happens once the sound leaves the stage.