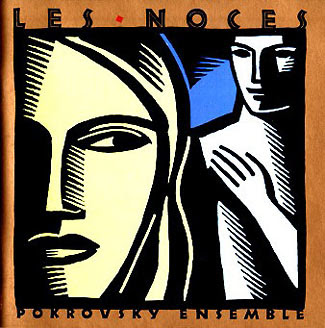 Heaven only knows what it takes to fill Walt Disney Concert Hall these days. In February the Los Angeles Philharmonic gave us Dudamel, Hollywood celebrities, and lowest common denominator Tchaikovsky and had no problem. Earlier this week there was nary an empty seat for an Ernest Fleischmann tribute with thorny works from Boulez, Donatoni, and Stravinsky featuring Salonen and Boulez in the flesh with free tickets for everyone. But despite the L.A. Phil’s reputation for being able to pull big audiences for programs with newer and contemporary music, Friday’s performance of the orchestra under Thomas Adès featuring his own In Seven Days paired with works of Stravinsky seemed unusually poorly attended. Take your pick as to the explanation, but it’s a shame either way considering it was one of the best and brightest L.A. Philharmonic shows so far this season.


There was a lot going on and the connections between the works that made up the evening seemed numerous and often multi-faceted. The first half of the night was devoted to Stravinsky. Local favorites (or at least two of my favorites), Marielle and Katia Labèque started the night with Stravinsky’s Concerto for Two Solo Pianos. It’s a prickly and virtuosic showpiece filled with aggressive flourishes as opposed to lush warmth à la Shostakovich. The Labèques were their usual exciting selves playing amidst a wash of changing blocks of light mirrored on the screen behind them. And besides the gentle whirring of the fans in those light projectiors suspended from above, it was a pretty amazing performance. The centrality of the piano and primitive, sometimes jarring sounds carried over into the performance of Stravinsky’s Les noces with the Labèques, Nicholas Hodges, and Gregory De Turck on piano as well as the So Percussion ensemble joining Joseph Pereira and Wade Culbreath on the wide variety of percussion the piece calls for. This setting of traditional Russian folk lyrics tells the tale of a peasant wedding and the L.A. Philharmonic invited the Pokrovsky Ensemble to serve as the chorus and soloists for the evening in this work, which they have recorded for Nonesuch (as pictured above). The sharp edges of the piece came to life in Adès’s hands and the passionate and traditional Russian vocal style from the Pokrovsky singers was thrilling to watch and hear. I felt that even in front of the musicians, however, some of the soloists were a bit too easily drowned out and I suspect that a little judicious amplification might have gone a good way in evening things out, but it was a strong performance nonetheless.

After the break came Adès’ own In Seven Days, a work he premiered in 2008 and which had previously been seen here as part of an L.A. Philharmonic's ”Green Umbrella” program in May of that year. Adès' seven movements recount the general events of Genesis in a piano concerto setting that is played without pauses. It was excellently paired with the Stravinsky works not only for the centrality of piano, but also because it also relies on a sort of primitive cultural scene at its heart. As before, In Seven Days was presented with its video accompaniment by Adés’s partner and video artist Tal Rosner. (Interestingly enough, Rosner has also created a video to accompany a recording of the above mentioned Stravinsky piano "concerto" played by the Labèques that you can see in the link above, although it was not part of Friday's program.) They term the work a “video-ballet” and Rosner’s six-channel video of abstract shapes and colors pulses throughout. There is a direct rhythmic connection between the video and music with big crescendos met with huge bursts of visual activity and the sort. When I saw the piece May 2008, I admired Adès accessible variations on a theme and his rich sweep of harmonies. Nicholas Hodges returned to play the piano part, which is demanding, but far more integrated into the sound of the orchestra than the traditional piano concerto. But as before, this time I found myself preoccupied by the video in a negative way. Despite its abstraction, the images tend to be overly prescriptive, telegraphing your response to the music. I felt I wasn’t sure what I was hearing as my eyes filled with waves of geometric forms dancing around in the ever shifting light. But while In Seven Days may not be the pinnacle of Adès musical career, it’s still very enchanting to watch and listen to in a mathematical, percolating way rather than a dramatic Wagnerian beginning of the world one. The program repeats Saturday night and Sunday this weekend.