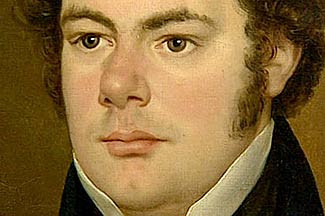 The big show in the sublime Goerne festival with the Los Angeles Philharmonic wrapped up the week on Friday with conductor Christoph Eschenbach. This time the two were joined by the orchestra but the program remained focused exclusively on works by Schubert. And why shouldn’t it? After two evenings of devastatingly beautiful singing from Goerne, there was little reason to mess with a successful formula. The first half of the program was again dedicated to Lieder, although this time around the songs were all orchestrated by a hodge-podge of different composers building on Schubert’s foundations. These songs weren’t part of a single cycle and didn’t benefit from an overarching narrative or concept to link them in some other way. Some of the songs, including “Der Wegweiser” (The Signpost) and “Tränenregen” (Rain of Tears), came from the cycles performed earlier in the week. (In this case Winterreise and Die schöne Müllerin respectively.) These two songs, both orchestrated by Anton Webern, were highlights and recast the poetry in entirely different light from the piano versions heard just days before with bits of sunshine poking out in this dark night of the Romantic soul. Brahms and Max Reger also contributed to the upcycling, and the contrast from piece to piece said as much about the orchestrators as it did Schubert. The unifying thread of course was again Goerne’s lush, beautiful sound and exquisite phrasing. His tragic, tearful version of “Erlkönig” (with an orchestration by Reger) about the death of a sick child packs all the pathos of a work like Lang’s the little match girl passion in a matter of minutes. Sublime indeed. No one wanted it to end and even after two encores it felt like he had only just started. Sometimes the most beautiful things seem the most transitory.

And then for the first time all week, Schubert got the stage without Mr. Goerne. Eschenbach led the Philharmonic in a big, maximized tour of Schubert’s Symphony No. 9. The hour-long symphony unwinds with a predetermined precision that can sound as much like Mozart as Beethoven in some hands. Eschenbach, as is his usual preference with this orchestra, for a bright Romantic approach that looked more forward in music history than back. This Schubert never sounded tortured in the way so many of the characters that populated his songs do. And the performance served to provide all the contrast you could want even in a week of music from no one other than Schubert. It was another hugely successful appearance for Eschenbach, a musician who has had his detractors here in the U.S. over the years but has consistently been one of the best and most musically compelling of maestros here in Los Angeles during his visits season after season. Even when he’s working with a soloist of the stature of Matthias Goerne, he carves out his own space and leads the L.A. Phil players to some superior evenings. This program repeats Saturday and Sunday and comes highly recommended.

I saw the concert on Friday and the Winterreise on Wednesday, as I am a huge fan of Eschenbach. He's different, bold, takes risks and makes the entire sound of the orchestra jump out of their comfort zone. His Dvorak 9 and Bruckner 7 in previous years tore the roof off of Disney hall.

I just wish they could replace Dudamel with him...

Anonymous : 9:49 PM
However, when two Anonymouses (AnonyMice?) agree on something, it does not make their opinion Unanimous (UnaniMouse?).