I was particularly excited this week to get a chance to pose questions to one of America’s most promising and exciting composers, Gabriel Kahane. It’s easy for young composers to get lost in the shuffle. But Kahane is avoiding this pitfall not only by making great music, but doing so with an active and healthy disregard for some of the artificial boundaries that have built up over the years between various musical genres. Equally at home on the concert stage or with musical theater, Kahane has mounted significant works in both areas. He’s also recorded collections of original songs (including 2008's Gabriel Kahane pictured below) that grow out of a long tradition of American singer/songwriters and feature collaborations with the likes of Sam Amidon and Chris Thile. Meanwhile he’s found time to perform alongside the likes of Jeremy Denk and Thomas Quasthoff among many of classical music’s best-known artists. Following an extremely ambitious and satisfying debut, Orinoco Sketches, with the Los Angeles Philharmonic this week, Kahane took a stab at the Out Wet Arts 10 Questions... 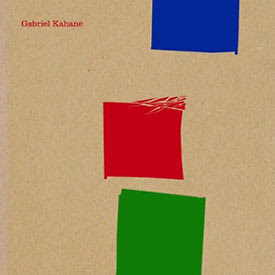