You Make Me Feel Brand New 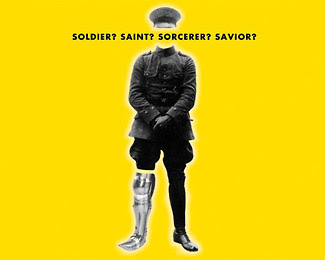 The above image is one that Los Angeles Opera has recently released in promotion for their much anticipated and star-studded production of Wagner’s Lohengrin that will be opening on November 20. Conducted by music director James Conlon, the show will feature Ben Heppner in the title role in his company debut, Soile Isokoski as Elsa and Dolora Zajick in her role debut as Ortrud. On closer inspection of the L.A. Opera web-site, I noticed something else interesting about this upcoming run. Lohengrin has gone from a revival of the previous 2001 production directed by Maximillian Schell as announced previously to an “all new” production. Inquiring minds want to know, so I posed the question about the source of this transformation to Christopher Koelsch, the company’s COO and Senior Vice President.

Interestingly enough, this Lohengrin is new in a way similar to the way in which the prior production was new. In 2001, the company acquired a production that had previously graced the Mariinsky Theater. Upon arrival, Schell and his creative team decided it wasn’t exactly what they wanted, so the sets were “repurposed” in the service of an essentially new production. It opened at the most difficult of times in the days following the attacks of September 11, which resulted in the cancellation of the opening night. Now nearly a decade later, artistically, history is repeating itself. Upon review of what the creative team had to work with, director Lydia Steier and colleagues have decided that the 2001 version isn’t exactly what they had in mind and are starting over largely from scratch. Some of the sets have again been repurposed, and Dirk Hofacker who was responsible for the 2001 scenic design elements is again on board this year. However, the production is otherwise entirely new with new costumes, lighting, and the all important stage business. Steier is a rapidly rising young American who has worked under Achim Freyer during L.A. Opera’s recent Ring cycle and has had a number of her own important new stagings throughout Europe. I’m told this new Lohengrin will have a look more firmly rooted in the WWI era of the early 20th Century and will not be a show you’ve seen here before or elsewhere.

So you may want to check it out. It’s also worth noting that the company continues to run daily ticket specials, offering up available seats in different sections of the house for different individual performances of all operas this season—at significant discounts. You can follow them online or on Twitter if you’re looking for something in particular that you haven’t yet got tickets for. And this Lohengrin might be just the ticket.

I thought the original Lohengrin production was a mess. It was one of those productions where the action seems to be taking place in multiple time-periods;hence, no time period at all and no coherent point of view.

Looking forward to a production that has a consistent point of view and is firmly rooted in one time period, and an interesting one at that.

Thanks for the investigating.

Jim McDaniels : 7:25 AM
I agree. I appears that this "period confusion" was exactly one of the major problems in remounting the production that the team wanted to address. Steier wants a more definitive early 20th century setting.

Brian : 7:47 AM
Interesting - I was wondering about the origins of this production, also. I think that 'repurposing' existing sets within a new production design is actually a terrific idea.

I've heard complaints about the former iteration of LA's Lohengrin, but mainly in reference to its apparently anti-Semitic implications. Having not seen it for myself, I can't comment on that.

I'm glad to see that LA Opera is getting a bit bolder in their advertising design.... though it would be nice to see a cohesive approach to the entire season.