The TONY Award nominations were announced this week, and while I don't have a whole lot to say about them, you can see my thoughts on several of the shows that made the cut this year on OWA including, Grey Gardens, Company, Spring Awakening, and Frost/Nixon. Without a doubt, Spring Awakening is the best of the bunch, and anyone who hasn't seen the show yet should or at least hear Duncan Sheik's marvelous rock and pop score that marvelously grafts modern idioms to an 19th century play. 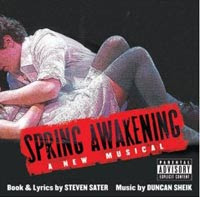 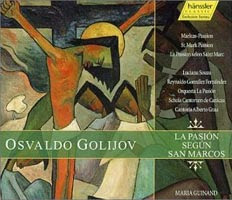 I heard Dawn Upshaw sing three songs by Osvaldo Golijov yesterday which I will write more on later. It got me to thinking about many of the great available recordings of Golijov's work and this performance from 2000 of his adaptation of St. Mark’s Passion to commemorate the 250th anniversary of J.S. Bach’s death and bears listening to again and again. If you are wondering where all the modern masterpieces are, look no further than here.