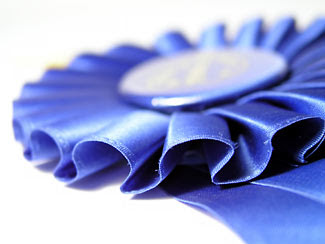 Last week the Spring for Music Festival, an annual New York-based concert series at Carnegie Hall celebrating adventurous programming by North American orchestras, announced a contest to pick the best English-language culture blogger in North America. The contest involves bloggers writing responses to a series of prompts while a panel of judges and the voting public slowly whittles away the dross to determine a virtual champion. As a member of the likely target audience for this endeavor, I wasn’t particularly taken with the idea for several reasons. Chief among these was the first writing prompt. To wit: “New York has long been considered the cultural capital of America. Is it still? If not, where?” This strikes me as a proposition so preposterous that not even the most myopic Park Slope hipster would take it seriously. It smells like bait to me; the kind of thing intended to inspire vigorous debate but instead almost automatically squelches it. But maybe it’s to be expected from an organization whose mission statement touts that they “provide a vehicle for orchestras to showcase their artistic creativity in a concentrated and highly competitive format in the world’s most renowned concert venue.” And as innovative as the American Idol model of concert programming development and online arts commentary may be, I think I’ll pass. But then The Washington Post’s Anne Midgette is all, like, bring it. And thus, it is brought.

I suppose I should speak as a Southern Californian, and in the great tradition of California, refuse to play by rules set out for me in advance. While I may be writing in response to this and perhaps all the other prompts, I will not enter the contest. If drafted against my will, I will not accept any prize, choosing instead to leave it like Brando’s Godfather Oscar, unclaimed with only @FernBri or @FakeNLebrecht to use the occasion for their own form of protest. But on a less melodramatic note, there is the matter of that rather uninteresting prompt itself. What in heaven’s name does “cultural capital” mean? Why would someone want his or her culture capitalized to begin with? If the implication that there are places with an abundance and variety of cultural commodities to be consumed by the bourgeoisie, I suppose New York is one. It is true that if my house-arrest anklet prevented me from leaving the isle of Manhattan, I’d want for little in the culture department. (That is, something other than great opera, cutting edge theater, and a hometown orchestra that plays somewhere besides the local Home Depot.)

But I digress. Tearing down the New York arts scenes or building up some other city’s isn’t the kind of Marxist examination of political economy I care to engage in. And as much as I love the benefits of a “highly competitive format” as much as the next guy, I think there are far more important and interesting questions and considerations to make about the culture of North America. (I’ve always considered myself a Mille Plateaux kind of guy if you know what I mean.) Still there is an invitation here to think about my own beloved, schizophrenic Los Angeles, and the way it has created itself and the rest of America–if not the world–up until recently. Although it’s an era that is rapidly drawing to an end, it is Los Angeles, in a geographic sense, and Hollywood in a metaphorical one, that has been preeminent in the latter half of the 20th century, not so much as a site of access to culture, but as the source of creation for all of the consumers of that culture to begin with. The advent of mass-oriented film and television businesses that make L.A. an industry town has done more than just create cultural artifacts to be consumed by a worldwide audience. In fact, it is the euphemistically titled “entertainment industry” that has itself created America and the Americans that inhabit if for several generations.

Of course, I don’t mean this physically, but more in a subjective, ideological sense. It is Los Angeles that has been the primary source of mass-produced images that have defined virtually every aspect of American lives psychologically until perhaps just the last few years. For example, Verdi and Wagner both had plenty to say about families that still resonates with audiences today. But I would argue for better or worse a string of images from The Cleavers to the Karsashians have exerted far more comprehensive power over how Americans imagine themselves a part of a family or not. Yet whether these images are validated or rejected by individual viewers, in the end they define the very terms of debate on a full range of sites of contestation.

This is a living, dynamic process where the means of image production and distribution have remained relatively constant for several decades. It is only recently as the mass part of the mass media has started to wane, that the relevance of these references, or better yet the increasing multiplicity of images Americans are asked to process and contend with, has started to recede. With the cultural capital of the filmed image returning less and less, the identities of Americans and their very subjectivity is being contested in new ways. There are so many more voices in an increasingly technologically interconnected world. How do we locate intellectual authority and how do we continue to know what we thought we used to? This is as true in arts commentary and criticism as it is elsewhere. And perhaps this is part of the thinking of the Spring for Music blogger contest. We’ll sort out who knows what they are talking about and who doesn’t with a panel of judges and a voting public like some televised singing competition. But I suspect the blue ribbons have already been handed out elsewhere and will continue to be so. Smoke on your pipe, and put that in.

I was rather bemused at the whole ridiculous premise and decided not to use up too much of my own mental bandwidth on the subject. Props to you for choosing to do so.

The only thing I'd want to add is that while we as Americans are inherently a competitive culture, these kind of "best of" lists -- whether it is a ranking of orchestras, sopranos, Sports Illustrated swimsuit models -- are usually most enjoyable when not taken too seriously. When they are (e.g. college football rankings), the results are typically non-sensical at best and self-defeating at worst.

As you and Ms. Midgette have rightly pointed out, this "best blogger" contest is taking itself waaaay too seriously. No thanks, I'll pass.

New York City is the capital of commerce and the distribution of culture, among many other things, and has been for quite some time. Even the Los Angeles entertainment industry has most of their head offices in Manhattan. Creativity is a whole other ball of wax, and though I love New York, it has never struck me as much of an incubator for new anything. In fact, the city has always seemed insanely old-fashioned in every respect.

I tried to move there in the early 1990s, and remember not being able to find anywhere in Manhattan's public space where I could insert a computer disk to print out a resume, whereas in California at the same time seemingly every corner had a Kinko's which where you could do just that. And though they are now all addicted to Starbuck's, it took New York City a good decade after the rest of the world to change their tastes to strong coffee from their horrible, weak corner-store cups of joe.

Still, if I was a rich old fart, Manhattan would definitely be the place I would insist on owning a pied-à-terre.

And do consider this comment as part of the California communal response, judges, since I'm not going to write about it on my Civic Center blog. But then again, Ms. Midgette didn't name-check ME.

Civic Center : 6:53 PM
Mike, the more people who give this thumbs down, the better!

Lisa Hirsch : 10:06 AM
The advent of mass-oriented film and television businesses that make L.A. an industry town has done more than just create cultural artifacts to be consumed by a worldwide audience

Add in: the music business. Yes, the record companies were HQ'd in NYC, but those were the bean counters, the pop/rock industry was based here. I can't find the cite, but it's estimated that in the early 70's, something like 80-90% of all hits were recorded here. It makes sense because all the best, most advanced studios (Western, United Recorders, Gold Star, RCA, Wally Heider etc.) were here, most of the best engineers worked here, there was an incredible pool of session players, plenty of orchestral players to provide brass and strings etc.

I remember a story from Tom Werman, who produced Cheap Trick, among his many credits. He said he loved working out here because there was an infrastructure in place: if you needed a sitar at your session at 3:00 am, you could call SIR, get one in an hour, tuned, with someone on call to play it.

Henry Holland : 10:07 AM
Times have changed and arts and culture are more widespread across the United States. So many of our cities, large and small, are rich with culture. But, come on, of COURSE New York is still the cultural capital of the country!

For one thing, it's the biggest city with the most diverse population. Queens, with a population of 2.5 million is the most diverse county in the entire world (second only to maybe London). The culture within Queens alone is mind-blowing.

New York is an international media center with one of the largest television, newspaper, music, book and magazine publishing industries. It is considered the largest media industry in the United States.

2 of the 3 international papers are NY-based as well as the largest Spanish-language paper. All 4 of the major TV stations (including Univision) are based in NYC. Major cable channels like Fox, HBO, MTV and Comedy Central are based in NYC. NYC is the center if book publishing too. Let's not forget The Daily Show, Colbert Report, Sex and the City, The Sopranos, David Letterman, Saturday Night Live, 30 Rock, Law & Order (I can go on and on) are based in NYC. Though Hollywood has a much bigger film industry, over a million New Yorkers are employed in the film and TV industry. Besides LA, no other city can touch that.

Have you ever been to a parade in New York? The Saint Patrick's Day Parade, the GLBT parade, the Puerto Rican Day Parade, the Israel parade, just about every parade – they are cultural gatherings bigger than anywhere else in the country.

NYC is an international center for the visual arts and more money flows through the arts scene in NYC than anywhere else in the country, hence attracting more and more artists year after year.

Posing the question "Is NYC still the cultural capital of the US" is preposterous and just plain silly.

Anonymous : 8:14 AM
Anon - Sorry to hear your Etsy store hasn't yet allowed you to quit your day job. Hang in there though and KEEP BEADING!

Brian : 9:31 AM
Nice essay. In addition to the Cleavers and the Karsashians, I would add the Sopranos as a family tha has defined how Americans view themselves.