Los Angeles loves young fresh faces. And when they come with talent to match, sparks can fly. Which may just happen again later this month when the not-yet-30-year-old composer and pianist Timothy Andres arrives in Los Angeles for two high-profile performances with two very different local organizations. Andres is a fast-rising star in the musical world having already had his work included in programming from the Los Angeles Philharmonic in 2009, the year before he released his debut recording, Shy and Mighty, on the Nonesuch label. Press has been glowing, and new commissions are coming fast and furious making his upcoming L.A. appearances a high priority for anyone interested in the next generation of American composers. His music will be included in the latest program from wildUp, L.A.’s new music collective, who’ll consider current music scenes on the East and West Coast on the 23rd and 24th of March at Beyond Baroque in Venice. And on an even bigger note, he’ll appear with the Los Angeles Chamber Orchestra under Jeffrey Kahane on the 24th and 25th of March playing his completion of the Mozart Piano Concerto No. 26 as well as his new piano concerto, Old Keys, a commission of the group’s Sound Investment program. Not excited yet? You should be. Prior to all this, Out West Arts was lucky enough to get Timo to take a stab at the ever popular 10 Questions. 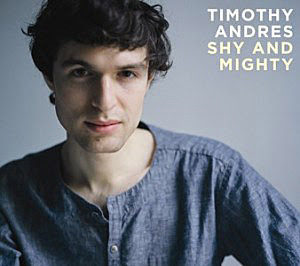