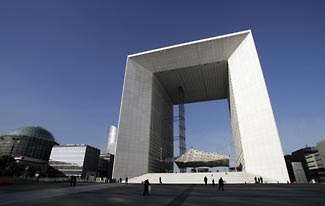 This month’s issue of Gramophone features a cover story on the Los Angeles Philharmonic’s current music director Gustavo Dudamel. It’s a somewhat odd piece that reads mostly as damage control over the continuing questions about Dudamel’s musical sophistication and the presence or absence of any broader artistic vision. Editor James Inverne notes in his own commentary that so much of what has been written about Dudamel focuses on his work with “El Sistema” and young musicians in general. “Almost all the media tend to want to ask [Dudamel] about El Sistema. That’s dangerous for him, because it takes away any real sense of interpretative vision, of a through-line to his performances. Then when the media descend on some big concert with the LA Phil, for instance, it becomes a one-off judgement as far as headline writers are concerned. Put crudely (it often is), it’s ‘Is he worth the hype?’” Thus Dudamel has become the victim of his own hype with the music press overlooking his musical ability as they are blinded by stories of his own enthralling personal story and many good works. It’s clearly time to buttress that musical image, so the Gramophone, turns to Dudamel and the LA Phil’s cheerleader-in-chief, the Los Angeles Times’s Mark Swed, for its story on that purported “interpretative vision.”

Of course, the irony that Swed, and the Gramophone, are two of the chief architects of that hype to begin with is besides the point for the article that ensues. Much of the piece recounts Dudamel’s experience with Sweden’s Gothenburg Symphony and his first experiences conducting Nielsen, Sibelius and Bruckner. There is talk about his love for this music that he had no virtually no exposure to prior to arriving in Gothenburg in 2007. (Swed notes he had conducted Sibelius as a student on a few occasions.) We are reminded how Dudamel prefers to conduct from memory and how he can sing parts of scores apparently on command.

But nearly a third of Swed’s article is a defense against the major criticisms Dudamel and the L.A. Philharmonic have faced during his tenure with the orchestra. First is the matter of the decidedly mixed reviews the orchestra received in its first American and European tours where Dudamel’s penchant for histrionically slow or fast tempos were called out by many professional music writers. This decision, according to the interview, was a conscious one intended at least in part, to make the tempo changes between movements even more dramatic. And while Swed, and Inverne in his quotation above, suggest that critics’ negative reactions to these performances were somehow unfair due to a perceived bias in people not familiar enough with Dudamel’s work, I’m here to tell you sometimes a first impression is dead on. Dudamel’s through-line in L.A. has been a tortuous one to listen to, plagued with balance problems and an effort to instill drama into music in a way that ironically has the effect of often destroying it in the process. The Brahms' series that concluded the season went nowhere with half of the new works scheduled for the show evaporating into nothing and none of the Brahms symphonies rising to the point that one would considered them memorable.

The other defense made in the Gramophone article concerns the criticism that Dudamel has little experience and interest in new or recent classical music. Swed points to the Gothenburg, and subsequent L.A. premiere of Sofia Gubaidulina’s Glorious Percussion as an example of a new piece that Dudamel took on and liked. “He didn’t know what to make of it when he first looked at the score, but now he is in love with the work and with doing new pieces. Already in Los Angeles Dudamel programmes substantially more new and recent music than any conductor of a major U.S. orchestra.” Or at least he used to. I’m not sure what data Swed is basing that assertion on, but I can tell you Dudamel is leading almost none of the new and recent music in the L.A. Phil’s 2011/2012 season. And Glorious Percussion aside, he has had little to say about or has shown little advocacy for new music in Los Angeles in his haphazard tenure here thus far.

As much as Swed’s defense of Dudamel in the latest Gramophone would like to suggest that the more one is exposed to Dudamel’s conducting the more one appreciates it, the exact opposite is actually the case. The more you hear, the more you realize this young man whose “…accelerated rise to fame …clearly out-paced his professional conducting experience” is still learning his craft day-by-day at the most unlikely and inappropriate of places, as the head of one of the world’s greatest orchestras. Nice work if you can get it.

Interesting commentary on a commentary...but you've confused the Jameses of Gramophone: it's James Inverne you mean, not James Jolly.

Anastasia Tsioulcas : 9:32 AM
Of course you are right, and I stand corrected. Thanks for the notice.

Brian : 10:45 AM
You are absolutely correct: "sometimes a first impression is dead on". Which of course means that other times it is not.
Two more quotes from this post: "Dudamel is leading almost none of the new and recent music in the L.A. Phil’s 2011/2012 season" and "he has shown little advocacy for new music in Los Angeles in his tenure here thus far".
To see what words like "little advocacy" and "almost none" actually mean here, let's take a look at the music that is less than 75 years old only.
For the LA Phil's last winter season ('10-'11), Gustavo included in his programs with the orchestra the following post-1936 pieces: Slonimsky's Earbox by Adams (1996), First Symphony by Bernstein (1942), Ninth Symphony (1945) by Shostakovich, Turangalila by Messiaen (1948), West Coast premiere of Beautiful Passing by Mackey (2008), U.S. premieres of Glorious Percussion by Gubaidulina (2008) and Fourth Symphony by Gorecki, as well as world premieres of a percussion concerto by Lieberson and a violin concerto by Golijov. The last three compositions unfortunately were not completed, but we can probably agree that Maestro Dudamel should not be blamed either for the deaths of Gorecki and Lieberson or for the tardiness of Golijov. However, on a relatively short notice Gustavo did manage to replace two of those pieces with Gorecki's Third Symphony (1976) and Dutilleux's Violin Concerto L'Arbre Des Songes (1985). At the conclusion of that season, it was announced that for the third consecutive year (including both of the first two seasons with Gustavo Dudamel as the Music Director), the LA Phil won the Morton Gould Award for Innovative Programming by an orchestra, the prize that is awarded annually by the songwriters’ and composers’ performing rights organization, ASCAP, as part of its Awards for Adventurous Programming. These awards recognize orchestras “that challenge the audience, build the repertoire and increase interest in the music of our time.” Not a bad streak for so "little advocacy".
During the LA Phil's upcoming '11-'12 winter season, programs to be led by Gustavo include the following post-1937 music: Orion by Vivier (1979), Third Piano Concerto by Bartok (1945), Distant Light by Vasks (1997), Tromba Lontana and Short Ride in a Fast Machine (both written in 1986) by Adams, Fifth Symphony by Prokofiev (1944), Symphony in C by Stravinsky (1940), Grabstein fur Stephan by Kurtag (1989), as well as world premieres of Electric Cello Concerto by Chapela (2011?) and Gospel According to the Other Mary by Adams (2012?). In addition to all that, his conducting duties with the LA Phil include a full Green Umbrella program in early May that features world premiere of a brand new percussion concerto by Pereira and West Coast premiere of Alloy by Akiho (2009), as well as Recital for Cathy by Berio (1972).
Calling all that "almost none" indicates an extremely unusual definition of the word "almost".

MarK : 9:15 AM
Thanks for your detailed accounting of last and next seasons MarK. I think it's helpful to see and makes my point. First I would suggest that calling Bartok, Prokofiev, Bernstein, and probably Shostakovich "new" or "recent" a bit of a stretch. Granted a specific date cut off between "new" and "old" is entirely arbitrary. But I would argue that the names above are hardly daring programming that wins awards.

Two, Dudamel was not on hand as music director, I would assume, for the selection of the composers and works that have appeared as new commissions under his tenure here so far. It has been documented elsewhere that "Glorious Percussion" was originally given to him to conduct and that he did not have an instant excitement about it until he looked at the piece. He's been a good soldier on this front rather than a leader.

As for the Morton Gould award, my understanding is that it was awarded to the organization, not Dudamel specifically. As you know, the LA Phil has won the award on several occasions in recent years. I would agree that the organization has continued to program newer music and its rich history in doing so has not yet been abandoned. Dudamel has conducted the works the organization commissioned before his arrival and will continue to do some of the ones from this point forward I would imagine. That's very different than saying Dudamel is responsible for the LA Phil's new and innovative programming. Did he comment on his excitement or pride about the Morton Gould Award somewhere that I missed?

Brian : 11:23 AM
And if Gustavo did publicly declare to the media that he was happy about the award, then you would be satisfied with his interest in contemporary music? Sounds strange to me. In my book, what is being performed in the concert hall counts for much more than what is being said in interviews. Once again, you are absolutely correct at least on one thing: Bartok and Prokofiev are not very recent and would not win this award. Nevertheless, the award was in fact won! Why? Apparently because the rest of the programming was more progressive than that of all other comparable orchestras. The prize was indeed awarded to the organization, but Gustavo is its artistic leader and deserves a great deal of credit for it because in all issues related to programming - particularly of those concerts he himself conducts - he certainly has the last and decisive word. The fact that he has chosen not to gloat to the media about winning this prize shows his good taste and humility. If he sees his top priority in making music rather than talking about awards, it makes me personally respect him that much more.
My choice of 75 years as the cutoff point may have been a bit too generous and i would gladly reduce it substantially to something like 40 - say, music written after 1970. That would still leave for LA Phil's '11-'12 season the following pieces scheduled to be conducted by its Music Director: Vivier, Vasks, two by Adams, Kurtag, world premieres by Chapela and by Adams, as well as Pereira, Akiho and Berio. That is actually MORE truly recent music than was conducted by him during the last winter season for which the award was won. In other words, the trend is to INCREASE the number of contemporary compositions rather than the other way around. By the way, during his limited time with the orchestra this coming winter season (fifteen weeks total, six of which are devoted exclusively to Mahler), Gustavo has chosen to perform more recent music than all guest conductors combined, with a notable exception of John Adams whose orchestral program in early April consists entirely of music written after 1970, but then he has the title of LA Phil's Creative Chair and therefore is not strictly a guest conductor. If you know how many and exactly which music directors of major American orchestras conduct more new music during the next season with their orchestras than Gustavo, please enlighten your readers about that.