I know it sometimes seems that we are all living (or at least listening) in Wagner's shadow so it's always a nice reminder that there are those willing to take the master on at his own game, whether they are successful at it or not. For example, Frank Martin's adaptation of the Tristan and Iseut legend in oratorio form Le Vin Herbé. The work is well served in an excellent new recording from Harmonia Mundi under Daniel Reuss with the significant talents of Sandrine Piau and Steven Davislim. In adapting the French text, Marin dared to think small and the chamber ensemble and chorus here indeed make much more of much less. 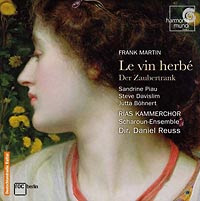 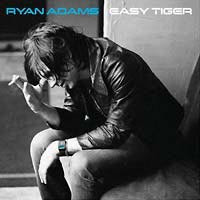 He may be clean and sober, but Ryan Adams can still fuel messed-up rock'n'roll bad boy fantasies better than anyone else. Even cleaned up it's hard not to just want to fix him, with all that heartbreak and self-destructive tendencies. Just to prove the point, there's the smartly titled Easy Tiger. This is a disc that both benefits and suffers from not being as sprawling and unfocused as many of his earlier recordings. His songwriting is impeccable and he is a master of distilling the country and western brand of melancholia in what is essentially a straightforward pop and rock context. Love may indeed still be hell, but here it goes down easy in sepia tones. Not a bad addition to his oeuvre.