Mark Robson and the blustery day 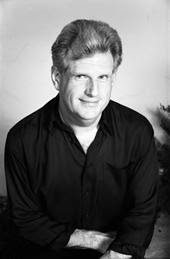 One of the many charms of living here at the end of the world is the constant nagging feeling one has that the world may actually be about to end. Earthquakes, mudslides, ash raining from the sky – we’ve got it all out here in Los Angeles. What is especially great though is the way that even the most mundane things can bring the city to a seeming halt. Today was one of those days in that we faced two major destabilizing events: wind and rain. Suddenly the air is filled with mini-dust storms, large flying palm fronds, and freeways slicker than any ice storm. Traffic grinds to a halt and there are sirens in the air at every turn.

Against this backdrop, a number of souls (including none other than Frank Gehry) braved what we call weather for the latest installment in the "piano spheres" concert series at Zipper Hall downtown. The evening featured a recital from local piano celebrity Mark Robson in a varied and surprisingly fun program which included Andriessen’s Trepidus, Feldman’s Last Pieces, Mauricio Kagel's MM51: Ein Stück Filmmusik für Klavier, Cage’s The Seasons, and four of Ligeti’s last piano Etudes. Robson's virtuosity was on display and one really got the sense of his love for this music. This was particullarly true of the Kagel piece, which requires a fair amount of theatricallity to pull off the hammy B-movie sense of forboding without seeming corny. Robson arrived on stage in a tuxedo with his shirt poking through his fly and then sat down to distractedly rearrange and study his music. The score calls for a metronome to play throughout the piece which becomes increasingly humorous as it veers away from its own regular rhythm stopping and starting as if to torment the player. Later, Robson laughs like some villan as the music spins out of control and for a moment the mock tension created in what seems like music from a cliché film score becomes real. Much like the weather outside, the most mundane things can sometimes be the most dramatic. The program ended appropriately with the Ligeti and Á bout de souffle seemed to perfectly capture the spirit of the day.