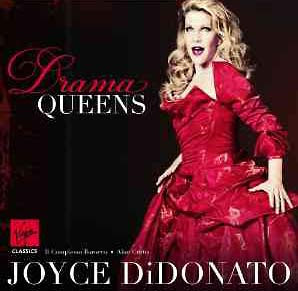 Well in case you hadn’t noticed, it’s been awhile since I’ve been able to update Out West Arts. I’ve gotten some notes of concern from long-time readers over the last few weeks and just wanted to assure everyone that I’m not dead and am very much alive and likely in a theater or concert hall near you. Unfortunately, as many of you know OWA is entirely a labor of love for me and occasionally a few other participants around Los Angeles, but it has always been subject to the forces of my own life in the off line world. I’ve never talked much about that here and don’t intend to start now, but suffice it to say that family responsibilities have put added pressure on my time over the last two months and writing OWA has not made it onto the agenda for awhile. The hiatus won’t last forever, though. I’ve seen great stuff like Glass’ Einstein on the Beach and Joyce DiDonato’s kick-ass Carnegie Hall recital in support of her new recording Drama Queens. And I’ve seen garbage too, like much of the current Los Angeles Philharmonic Season so far. (If Salonen’s performance of Wozzeck with the Philharmonia Orchestra on their recent Los Angeles visit didn’t bring tears to your eyes for the lost past, you should have heard the Mahler 9 they did together.) But fear not, I’ll be back to spew more in the not too distant future. So, stay strong sports fans and by all means if you see me in public, stop by and say hi.