Los Angeles Opera’s 2005 production of Gounod’s Romeo et Juliette returns to the stage next Sunday. As you may recall, the last time around the show featured two white-hot young talents, Anna Netrebko and Rolando Villazon. I personally saw the show five times, and it will likely remain a high water mark of my opera going career for some time. Los Angeles Opera is poised to have that special lightening strike twice with this upcoming revival when two more incendiary young stars will take on the starring roles. One of those vocalists, who will also be making his Los Angeles debut, is tenor Vittorio Grigolo. Grigolo, besides being ridiculously handsome, has had a hugely successful recording career and recently released his latest collection, “Arrivederci” in this country. And at 34, he is taking world opera stages by storm. He’s well known to La Scala audiences and is frequently seen in London, Vienna, and throughout the rest of Europe. He’s appeared alongside Placido Domingo (singing The Duke of Mantua to Domingo’s Rigoletto), and his list of regular costars includes the likes of Gheorghiu and Fleming. (He'll be singing the Duke again in Milan next season under Gustavo Dudamel who'll be making his own La Scala debut at that time.) And he’s just getting started. Best of all, L.A.’s charming Romeo was kind enough to make some time to answer 10 Questions for Out West Arts. 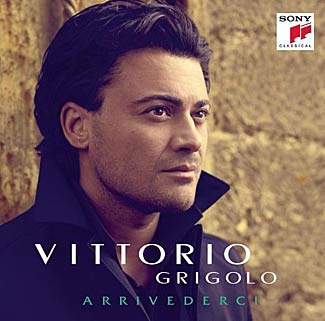