Fascism: UR Doing It Wrong 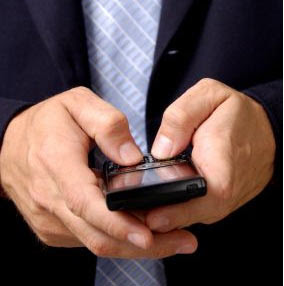 It’s hard to believe the Los Angeles Times employs a music critic as out-of-touch with contemporary culture as Mark Swed, but they do. He’s gone on the record in the past about his disdain for technology, and this weekend his latest salvo in some imaginary war between technology and classical music went up. He talks about what he calls “technological fascism” or the blind faith in services such as Twitter, Spotify, and the social media consultants who advocate the use of online technology by performing arts organizations to increase attendance. And as borderline offensive as appropriating the term “fascism” is to refer to something he objects to about marketing and the arts, his broader point is utter nonsense.

Swed begins by making sure we know he’s a down guy. He’s up on the latest trends and dissolving boundaries between contemporary classical and popular music styles he tells us. He does the kind of routine name-dropping of artists like Bjork and Radiohead that classical music critics always do when they want to ensure that readers understand this fact about them. But what's really got his panties in a bunch is an unreferenced story about a orchestral concert where audience members were encouraged to tweet during the performance if they wanted. Specifically, that this was encouraged by some nefarious unnamed social marketing consultant as an idea to bring in more youthful faces in the hopes of making them regular ticket buyers. Heaven forbid.

His complaint is that tweeting, and much online activity, distracts from actually paying attention to and experiencing live music not to mention the irritation it can cause performers. Fair enough. I’m certainly no advocate of engaging in tweeting or any other online activity during the course of a live performance and find it as irritating as the next guy. But Swed’s extrapolation that the mindless encouragement of such activity poses a threat to classical music or culture on the whole is ludicrous. The point he’s making is that tweeting and use of other services like iTunes and Spotify are perceived by some as unquestionably positive. Furthermore, these technologies have been developed on a pop music model with little benefit and some potential downside for lovers of classical music. The use of these services is then advocated by social marketing consultants to classical performance organizations in thoughtless and poorly developed ways in an effort to increase ticket sales and attendance. But we're told that the threat is much bigger than just some inept marketing strategies. We’re told by Swed that, “This has nothing to do with technophobia but with big and serious issues, and ones that go beyond classical music.” You see this marks the decay of culture and our inability to “disconnect” and experience things without a technological interface.

But I find it hard to believe that all of this is really such a threat to art or culture. First of all, rampant availability of tweeting or online friendly concerts is hardly going to bring in throngs of new faces to anything they aren’t actually interested in to begin with. I doubt there are hordes of 25 year-olds who would love to pay 100 dollars or upward for an orchestra concert now that they now they can use their smartphone during it. And who is to say how one has to behave to get something personally meaningful out of an experience anyway. My focus has waxed and waned at times even in some of the greatest shows I've ever seen. Rapt attention isn't everything. One does want to be respectful of one's neighbors certainly, but there is more than one way to listen to music despite what Mr. Swed would have you believe. As for the issue Swed raises about small recording labels being threatened by Spotify, there is no evidence that this service, or iTunes for that matter, has driven down sales of classical music overall. Though Swed cites Brian Brandt of Mode Records' piece about the devastating effects of Spotify on his label in the last six months, one can simultaneously see Naxos reporting substantial increases of 6% in sales of recordings during this same time period despite their catalog being available on Spotify for over two years. Now I recognize that comparing Mode and Naxos is unfair on many levels, but I think the overall point is still valid. Maybe it's not the technology, but one's ability to use it as a tool to one's benefit that's the issue. Spotify has been available in Europe for years and yet the availability of classical recordings there remains the envy of anyone in the U.S who is paying attention. In fact, Spotify may have the exact opposite effect when it comes to classical music. Having a cheap streaming version of some recordings to sample may actually increase people’s interest in purchasing recorded music, not decrease it.

So while Swed has set up his straw man of rampant smartphone use during classical concerts and invented the bogeyman of internet technology decimating creativity, he ignores the most simple and logical facts. Live classical music performance and peoples’ interest in it has survived the steam engine, the gramophone, electric light, the automobile, movies, television, CDs and Lindsay Lohan. I hardly think that iTunes, Spotify, Twitter or the internet for that matter is going to suddenly finish that off now whether that is big label stars like Lang Lang or emerging independents. Inept marketing has always been with us and will always be so. Art and artists have thrived in much more economically hostile conditions historically than they do now. Art and music will go on. Audiences are smart enough to decide for themselves what they want to hear and in what manner they will pay attention to it in order for it to mean something to them regardless of the technology they have at hand and regardless of outdated proscriptions from classical music critics.

The only argument he made that even remotely resonated with me was that audience texting, tweeting, or smart phone browser surfing at a traditional concert is inappropriate. Newsflash: there are a lot of other low-tech ways to be inappropriate at a concert too. Neither hi-tech or low-tech inappropriateness will end concert going nature as we know it. Furthermore, the threat of 20-somethings (or 30- or 40- or even 50- somethings for that matter) updating their Facebook status midconcert is not really going to happen anymore than those same concertgoers will hold up their lighted cell phones in unison during a Bruckner adagio and sway back and forth. People know that a concert by the LA Phil at WDCH is not the same thing as going to see Interpol at the House of Blues.

A few years ago, Mr. Swed spoke of iPods and mp3s as if they were horrible things that were killing classical music recordings. Yeah, that's happened. Not.

CK Dexter Haven : 1:25 AM
There are several good points made by Brian here. The key for me is: "who is to say how one has to behave to get something personally meaningful out of" a concert-going experience. That is something that narrow-minded like MS will probably never understand. And his use of the f-word (the seven-letter variety) is truly offensive. Well done, Brian!
In my opinion, the only condition that should not be compromised at classical music concerts is silence during the performance. Everything else is negotiable.
For example, the light emanating from screens may indeed be distracting for some listeners. Therefore a solution must be found to accommodate all, such as designating one or two sections of the hall for digital users. This is just one proposal but there may certainly be more. Possibilities should be tried and explored - not dismissed, unless and until they prove to be unacceptable.

MarK : 8:09 AM
I should read Swed before saying much, but I sort of fell over at his use of a single unreferenced concert as the lynchpin of his argument. Not exactly a trend, is it? did the orchestra in question decide to have MORE Twitter/smartphone-allowed programs, or what?

And was the anonymous consultant Sandow? Could Swed have read about this alleged program anywhere but Sandow's blog? (Okay, maybe on Anne Midgette's.)

Lisa Hirsch : 1:23 PM
Thanks for all the comments everyone.

Lisa - While I'm not sure what he's referring to either, I do know that the Pacific Symphony has held at least two "tweet-certs", one each August in 2010 and 2011 during performances at their outdoor summer home the Verizon Wireless Amphitheater. This outdoor performance encourages audience members to tweet during the performance as a gimmick to attract people who might not come to the show otherwise.

The LA Times has dutifully reported on both of these shows this year http://www.latimes.com/entertainment/news/music/la-ca-classical-technology-20110807,0,7795377.story and last http://latimesblogs.latimes.com/culturemonster/2010/08/pacific-symphony-wants-you-to-follow-twitter-during-concert.html

The representative from the Pacific Symphony who provided comment in the former article was Shana Mathur, the orchestra's VP of marketing and communications. The L.A. Phil's director of digital marketing, Amy Seidenwurm, is also quoted in the former piece.

Why this is coming up for Swed only now is a mystery. Perhaps it took that long to have someone print the article on paper for him to be willing to read it.

Brian : 6:32 PM
I can just see that a couple of OUTDOOR CONCERTS WITH TWEETS spell THE END OF CLASSICAL MUSIC AS WE KNOW IT.

There's a massive difference between the occasional social-media PR stunt and the way that we use technology to socialize classical music in our daily lives. I mean, I agree that it's worthwhile to talk about how technology can and should (or shouldn't) fit in with the arts, but Swed's wandering rant doesn't really serve anybody.