You Have to Believe We Are Magic 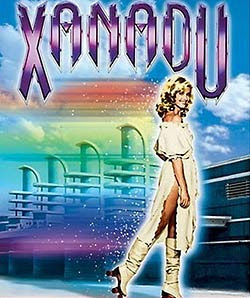 The composer and current “Creative Chair” of the Los Angeles Philharmonic, John Adams, returned to L.A. this week for the orchestra’s final “Green Umbrella” new music program on Tuesday. It was an exciting night at Walt Disney Concert Hall and the riskiest one musically I’ve seen there in awhile. On the agenda were three world premieres all from composers under 35 as well as a concluding work from the adventurous Steven Mackey. Much has been made out of the fact that all three of the younger composers, as well as a number of others, currently work out of Brooklyn. But this fact tells one very little about who these artists are or what kind of work they produce. All of the works on Tuesday's program pushed boundaries in interesting ways, and even though everything didn’t work, it was an evening that recaptured a sense of adventure, once the cornerstone of the orchestra, which has sadly been placed on the back burner in recent years.

But Tuesday was about music written by people with a pulse, which is exactly what it did. First up was an intricate and fascinating short work from Missy Mazzoli for solo violin. Entitled Dissolve, O my Heart, Mazzoli created the piece for violinist Jennifer Koh as one of a series of works referencing Bach’s solo violin Sonatas and Partitas. Koh wanted Mazzoli to start with the Chaconne from the Partita in D minor. Mazzoli agreed and the resulting work is a wonder of intricacy and understatement taking off from Bach’s opening D-minor chord. Mazzoli would return to this chord throughout the work, but it was otherwise purely her own invention. It’s the kind of piece that slips through your fingers on a first listen, but it lived up to Mazzoli’s reputation as a clever and challenging musical powerhouse.

No shorter on ambition was Gabriel Kahane’s Orinoco Sketches that followed. Kahane has established a reputation as a musical chameleon producing works in a variety of genres from musical theater and pop songs to concert works. Orinoco Sketches is his largest orchestral work to date, but still takes the form of a song cycle, one of his preferred and most successful formats. Kahane used the diaries of his paternal grandmother who passed away recently as source material about her own escape from Europe during the Holocaust and her crossing to America in the late 1930s. It’s powerful stuff packaged in some fascinating music that mashes a kind of singer-songwriter confessional à la Nick Drake with the orchestral writing of Alban Berg. It is music that seems familiar but blooms periodically into something dark and wonderful. Kahane played piano and guitar and provided vocals for the performance. And while the vocals were marred by muddy amplification, it was a starkly moving piece filled with the rhythms of Cuba and New Orleans before ending up on Fairfax Blvd. wondering about a hellish world on the other side of the earth. It was certainly the high-point of the program.

There was more amazement after the break with Andrew Norman’s Try. Norman is no stranger to the Los Angeles Philharmonic stage having had other works performed as part of the "Green Umbrella" series. Try is a sharply funny single movement and a no-holds barred barn burner for fifteen players with central string quartet surrounded by winds, brass, a bass, percussion, and piano. From the start the entire ensemble takes off in a wild disorganized flurry of activity in every direction. Soon this activity is interrupted by the piano which emits a single clear note after a brief pause. This joke produced increasing amounts of laughter on repetition as the calm and collected keyboard refused to join in with the high voltage aerobics of the rest of the crowd. It was a fun piece to see as well as hear, and Norman, who studied at USC among other places was enthusiastically received.

With all this youth and beauty, the concluding work on the program, Steven Mackey’s Four Iconoclastic Episodes was a relative golden oldie. Adams’ conducted this double concerto for violin and electric guitar as with all the other ensembles of the night. Mackey performed the guitar solo parts while Jennifer Koh returned for the violin fireworks. Four Iconoclastic Episodes is aptly titled with its unique blurring of the lines between a sound most associate with contemporary rock and pop music, the guitar, and the concert hall’s concerto for strings. It’s a bold idea and the amplification was kinder to the ensemble here than elsewhere. Admittedly, it was an idea that I appreciated more in concept than execution. I couldn’t quite get over the two electric guitars Mackey used with their pop chart licks and wails. Try as I might, I couldn’t remove that scene from the film Xanadu from my head where Gene Kelly and Michael Beck fantasize about what kind of night club they are going to open. Kelly’s 1940s big band slowly merges with Beck’s 1980s glam rock outfit in a wince inducing mélange that even with the help of a muse, turns into little more than a roller disco in the end. Maybe Olivia Newton-John could have helped out on Tuesday as well, especially when Koh unexpectedly broke the bridge on her instrument in the final movement of the work. And yet I’d take an interesting misfire like this any day along with the boundary testing works of the other young composers over some reheated and “unbound” Brahms. Here’s looking forward to return visits and more music from all of the composers involved this week.

"It was an evening that recaptured a sense of adventure, once the cornerstone of the orchestra, which has sadly been placed on the back burner in recent years." If you can cite some factual evidence that shows how the LA Phil has placed its "sense of adventure ... on the back burner in recent years", as compared to other major American orchestras (comparing the totality of winter season programs, for example, would be a good start), you should do so, instead of repeating the same lament that reveals nothing but your personal bias.
Your declaration that you would "take an interesting misfire like this any day along with the boundary testing works of the other young composers over some reheated and “unbound” Brahms" is certainly a valid opinion, but i am sure you realize that many classical music listeners feel otherwise and their opinion is valid too. Which is why the LA Phil does both - Brahms AND young contemporary composers - which is a far more preferable alternative to your suggestion of having to choose just one or the other.