A Horse of a Different Color 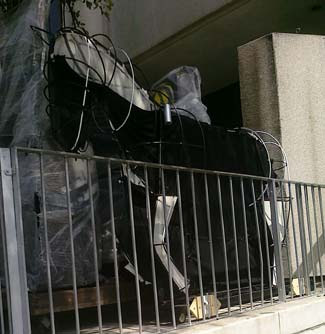 It’s time to catch up on a little business here at Out West Arts. I’m steadily updating the Calendar with all of the scheduled events for the Fall which you’ll be hearing more about as I go along. And if you’re so inclined, you can also follow Out West Arts on Twitter now, as well, which will feature more as-it-happens commentary. Probably the most anticipated events this Fall here in Los Angeles concern the arrival of new Los Angeles Philharmonic music director Gustavo Dudamel. His mug is on billboards all over town touting his “pasión” and “eléctrico”. After his opening program featuring Mahler’s First Symphony and a later one with the Verdi Requiem, the Philharmonic will embark on a more substantial programming initiative in November entitled West Coast, Left Coast examining California’s own contributions to the world of classical music. L.A. Philharmonic tickets for the general public go on sale tomorrow, August 23.

Probably more exciting for me though will be L.A. Opera’s new production of Siegfried, which will open in September. It’s the third installment in the new Achim Freyer-directed Ring cycle here and, given how strong the first two parts have been, there’s a lot of excitement around this opening. As I was up exchanging some of my LA Philharmonic subscription tickets last week, I passed by the Dorothy Chandler Pavilion long enough to catch some of the scenery and props from Siegfried that were being unbundled from protective plastic wrapping. There were more metallic horses for the Walküren including what appeared to be Grane and numerous colorful, but rough-hewn scenic elements. (See my photos in the post for further details.) 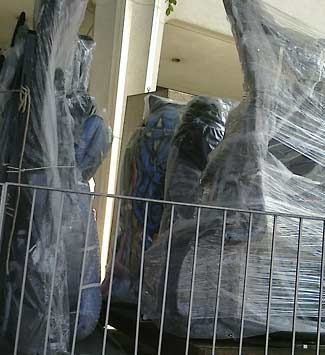 One other brief bit of L.A. arts news worth mentioning this week. The Center Theater Group announced its schedule for the 2010 season at the Mark Taper Forum. And, while the list contains a number of productions that feel rather familiar, there are a number of things to look forward to. (Does L.A. really need another Speed-the-plow production right now?) CTG will finally get around to producing Martin McDonagh’s The Lieutenant of Inishmore after postponing it this summer due to financial reasons. More interesting, though, is a run of Rajiv Joseph’s spectacular Bengal Tiger at the Baghdad Zoo which had its world premiere at CTG’s Kirk Douglas Theater in May of this year. It was fantastic there and hopefully the Taper run will give the play a chance for much bigger audiences. It’s definitely worth seeing again so keep it in mind for next year.

Thanks for reminding me the SIEGFRIED was coming up so soon! I use your list as a cheat sheet for upcoming things to buy tix for....