In the Wings - March

Here in Los Angeles, March is the calm before the artistic storm. April will be chock full of big events including the final L.A. Philharmonic performances under outgoing music director Esa-Pekka Salonen. So this month may be a little on the calm side, but there is still plenty to see and do around town. Here are my recommendations for March.

Although it opened in February, L.A. Opera will continue performances of its excellent new Das Rheingold through March 15 and should not be missed. Meanwhile, San Diego Opera will open Rigoletto in March for 5 performances with a reasonable cast. However, the big event may well come from Long Beach Opera, which will be presenting the U.S. premiere of Vivaldi's recently unearthed Montezuma on March 28. If this isn't reason enough to go, the orchestra for the performance will be L.A.'s own Baroque specialists Musica Angelica.

Off the opera beat, the musical heavy lifting will be done by the L.A. Philharmonic. And on top of their to-do list is a visit from Martha Argerich who is scheduled to appear with Yannick Nézet-Séguin in Ravel’s Piano Concerto the weekend of March 13. Soprano Kate Royal will grace the stage on the 17th and over the weekend of the 20th with Pablo Heras-Casado for Mahler’s 4th Symphony. The end of the month will see Herbert Blomstedt lead the orchestra in works by Haydn and Mendelssohn with cellist Johannes Moser. There are a number of big guest performances as well including Dame Gillian Weir, Mariza on the 18th, the return of the Andras Schiff Beethoven cycle, Baroque specialists the English Concert in a performance with David Daniels, and two nights with the Vienna Philharmonic on the 3rd and 4th under Zubin Mehta. Lang Lang will be at the second night if you must, though, I’m tending toward the Bruckner on Tuesday. Probably the most intriguing event, however, will be a performance with French electronic pop outfit M83 who will collaborate with the L.A. Philharmonic players on March 7. 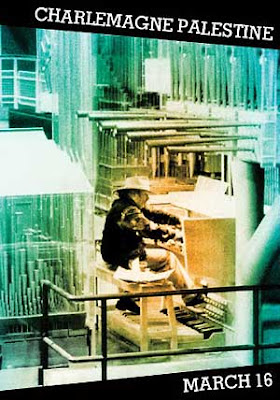 There’s plenty outside the confines of Walt Disney Concert Hall as well. Monday Evening Concerts will present an organ recital from none other than Charlemagne Palestine on the 16th. And on the West side, UCLA Live will feature Flamenco legends Los Farruco on the 3rd and 4th as well. Royce Hall will also be host to favorites Keith Jarrett, Gary Peacock, and Jack DeJohnette on March 11. And while I myself will be out of town, it would be foolish to miss one of the typically excellent performances from the California EAR Unit over at the REDCAT focusing on the work of young American composers on March 21.

Theater wise, the Ahmanson will open a traveling production of Peter Morgan's Frost/Nixon on March 11 with Stacey Keach if you haven’t had enough of that already. Meanwhile, the Center Theater Group will initiate their latest attempt at a works-in-development festival at the Kirk Douglas under the moniker “Douglas Plus” featuring a number of different semi-staged works and readings at different points of development from the likes of Mike Daisey, Michael Sargent and Matt Sax. On smaller stages, Glendale’s own A Noise Within will open two new productions in March, The Taming of the Shrew and Ibsen’s Ghosts. Down in Orange County, the south Coast Repertory will present the world premiere of John Kolvenbach’s Goldfish.


As I mentioned above, I’ll be off to New York for a quick extended weekend this month all centered around the Metropolitan Opera and will take in four of their ongoing and well-cast productions including the revival of the Cavelleria Rusticana/Pagliacci double bill, the new Mary Zimmerman-directed La Sonnambula with Natalie Dessay, the new David McVicar Il Trovatore and perhaps best of all Renée Fleming revisiting her starring role in a revival of Rusalka. So make the most of it, now that you know.

Labels: In the Wings