I feel like OWA has not made enough commitment to talking about recordings. However, I'm not especially interested in "reviewing" recordings either. So, I’ve decided instead to focus on recordings that I love – even if just for right now. I hope to recommend at least a couple each week, old or new, “classical or not.” Just ones I’m thinking about, in case you are, too – or in case you aren’t. This week, I’ve got a couple things on my mind. 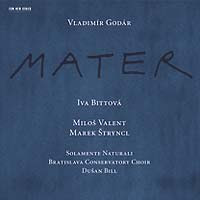 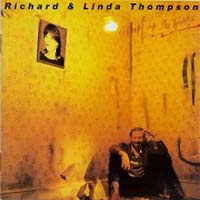 Vladimír Godár (1956) is from Slovakia and works in a number of genres including film music. Mater, his recent ECM New Series release, features recent collaborations with vocalist Iva Bittová, among others, and focuses on works based on traditional sacred music forms. It is hard to avoid comparisons to Arvo Pärt, but I see that as a good thing. In fact a very good thing. Truly a beautiful recording and one worth owning. (I know this makes me sound old-fashioned and American, but such is the tyranny of facts.)

For some reason, listening to this made me think of Richard and Linda Thompson’s Shoot out the Lights from 1982. Maybe it’s the sense of loss and mourning for something that isn’t quite over yet. Maybe not. A near perfect rock album with nearly every song a classic in its own right.